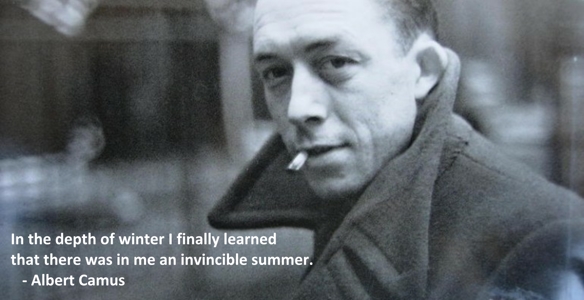 When I last left this discussion, I promised to come back and explain exactly how it was, that I came to know there is no God.  And after a week of allowing myself to be distracted by worldly events, and a couple of personal issues, I am sitting at the keyboard – resolved to set it down in writing.

I’d like to point out that, philosophically, I had long considered myself to be an existential atheist. But I had never been called on to nail down whether I was actually more of a deistic-leaning agnostic, or a true atheist.

But there was an organized push, about five years back, urging non-believers to come out as atheists.  At which time, due to my own evolving beliefs, I had remained leery of being pigeon-holed by these kind of labels.  So I was a bit nonplussed at this growing insistence, that I should take on this mantle for myself.

Aside from the fact that this apparent call for certitude – in declaring ones disbelief – appeared to mirror those theistic demands for certitude, espoused by religious proponents – like the Christian requirement that Jesus be accepted as the Son of God – my initial gut reaction was a hesitance to simply slam the door on the barest possibility that a supernatural being could’ve had any part, in either the creation of the universe, or life itself.

So I soon found myself defending – if not the idea of God – the idea that the God Question ought to remain open.  And in a couple of succeeding articles, attempted to justify the importance of the whole question, as providing suitable ground for valid scientific and philosophic inquiry.  And in tentative opposition to this call for certitude among atheists.

I put forward a number of different, rather imaginative, notions.  Some borrowed, and others dredged up from somewhere in my own sub conscious.  Some that sounded completely outlandish – even as I wrote them down.  Brainstorming all sorts of possible reasons why an absentee God might have deigned to set things up this way.

I touched on reincarnation.  Also, the possibility that we’ve simply been marooned here – doing life – for possible misdeeds committed on some other plane of existence.  Or possibly some other life – on some other planet.  Hell, I even broached the possibility that, while there doesn’t appear to be much evidence for a God, we might ultimately fall under the jurisdiction of something more akin to a military tribunal; a committee, or board of Gods.

The point I wish to convey, is that I was going at it like a Dutch Uncle – trying to defend that barest possible patch of ideological or philosophical ground, as providing room enough to still allow for the possibility of a God.

Bear in mind that being a locally grown Idaho spud, living in Utah, I had yet to even hear of Richard Dawkins, or any of the other so-called New Atheists.  And I had yet to read the profoundly spiritual, as well as scientifically valid, evidence for evolution, to be gleaned from the pages of Charles Darwin’s On the Origin of Species. But I was about to experience what the French Algerian existential writer-philosopher Albert Camus meant, when he opined that “the feeling of absurdity can strike any man in the face – at any street corner.”

Even as I was arranging these thoughts on paper, and attempting to justify them as logical arguments, I was rocked by a very unusual – and completely unexpected – jolt to my own cognitive processes.

Like that marching off to war adventure, in Walt Kelly’s comic strip Pogo, I had split my mental forces. And having sent one winning philosophical treatise down the road, on one side of the issue – along with a small handful of equally wonderful postulates, angling in from a few other directions – I was earnestly engaged in bringing up support for the argument on all sides.  When I experienced a “We have met the enemy – and he is us”- type epiphany.  When I suddenly caught myself unmistakably looking back at myself – as it were – from all sides of the issue.  Like seeing myself and all my specious arguments reflected in some mental, kaleidoscopic, hall of mirrors.

I immediately not only apprehended the cathartic truth of the matter – that no basis for a God would ever be found hiding there – but I also experienced a completely unexplained and horrific flush of deep embarrassment, that any actual God should have ever found me casting about, in pursuit of Him, while engaged in this sort of sordid attempt to satisfy my own, patently self-serving, needs.

So that, even as the initial flush of embarrassment, before this merely imagined visage of God, had passed, it was followed by a second, equally deep sense of humiliating embarrassment, over what I clearly saw could be found hiding there.

That tiny realm  of philosophic space I had attempted to mark out, as delineating valid grounds for postulating the barest possibility for a hidden God – was actually discovered being used by me, as a safely hidden haven for harboring, justifying, and excusing my own sniveling equivocations, and argumentative dodges.  Wherever and whenever a question was found pushing up against one of many superstitious needs, requiring an otherworldly remedy.  Itself based on an unreasonable sense of my own self-importance, and driven by an unmistakable, yet heretofore unacknowledged, and unreasonable, fear of death.

The same motives, in fact, that had continued to insisted that a creator-God simply HAD to be given the benefit of any doubt, for His presumed ability to remain out of sight.  An extension of those powers conceded via the ontological arguments for circular logic.  (God is able do this.  Because He is, after all, God.)

At one level, of course, the whole thing was sadly disappointing.  And further evidence for the fact that I’d had a dog in the fight all along.  But any relevance, to even the barest match up with reality, had just evaporated into thin air.  And there was simply nothing left to either argue for, or sweep up after.

So that you might better understand where all this left me, at the time, I’d like to share the last few lines of the article I’d been working on.

They were written in a kind of dazed stupor, at having just experienced a rather amazing – look Ma, no drugs or alcohol involved – epiphany.

At realizing I had just mentally surmounted this whole question from one side, while having managed to came down on the other.  And hardly believing how it left me with the ability to see – with previously unimagined clarity – that God is merely a mental construct of the imagination.  And does not exist anywhere outside our own wants, superstitious needs, and desires.  It also accounts for the stumbling way, I sort of wrapped things up:

These are merely the views from the unshuttered windows of one mans mind. As I’ve indicated before, it’s my view that if there ever was a god-like intelligence, or prime mover, that could possibly claim authorship for either our existence or purpose, we are obliged to infer that, for whatever reason, we have been marooned here – intentionally left with no direct knowledge or ability to know.  And not only that, but we must recognize that the very concept of deity has never the less been left behind, almost like the grin of that Cheshire Cat, to serve as a sort of maddeningly unattainable wish, for introducing confusion, and delusion, into the minds of men.

There’s got to be a damn good reason for that, or it’s one hell of a long way to go,  just to rationalize against any possibility that maybe we’re just being stupid.

(After all, what would Occam have said?)

7 thoughts on “Part II – The epiphany”