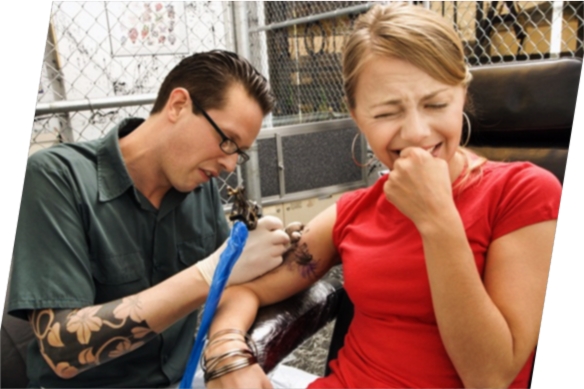 One of the reasons religious folks fight so hard against change, in the world around them, has as much to do with cultural considerations, as any perceived notion concerning God’s will in the matter.  They merely mistake – or chose to invoke – God’s will, by conflating religious considerations with entirely cultural ones, in most cases.

Let me give you an example of what I have in mind.  From the time we’re children, we’re encouraged to actively participate in the established holidays of our culture.  Teachers take up the charge in schools, all across the country, to see that everyone is not only properly educated in what the various holidays mean, but participate in the childhood ritualisms that have risen around them.  And these events don’t need to be federal holidays either.  Some of the most important are merely culturally inspired.

The one that comes immediately to mind, is Valentines Day.

Shortened from the original, Saint Valentine’s Day, and even the abbreviated Valentine’s Day, the cultural event is now known simply as Valentines Day.  The meaning having evolved from the Catholic celebration of St. Valentine, to that of exchanging cards – called Valentines – that, along with bits of heart-shaped candy (both inscribed with messages of youthful affection) have became an annual rite of passage, for evincing school age children’s charity, alacrity, and budding popularity.

Now, I’m not arguing that the earlier version was somehow more profound or important.  Quite the contrary, the whole thing has evolved into an important stand-alone cultural event in the lives of school-aged children everywhere.  Much like Easter, Thanksgiving, and Christmas.  And did I say children?  The sentiments elicited, and the emotions expressed, through these social memes for our cultural survival, continue on into adulthood.  As cultural touchstones for the child in all of us.

Is this a bad thing?  Not necessarily.  We seem to have a certain natural proclivity, for wanting to spot-weld the fabric of our social lives, from one cultural event to the next.  In marking out that well-ordered path that’s been made easy to follow.  Usually accompanied by bits of increasingly irrelevant religious dogma.  All designed to help preserve our cultural heritage, and aid us in experiencing a comforting sense of well-being and continuity in our lives.

The thing to recognize, is the evolutionary reality concerning the process of change in our society.  And the ability of our cultural mores to gradually change, in order to accept and accommodate underlying social change.

But churches themselves, as far as these activities go, have largely become social clutches for some of the more highly visible, powerful, and well-off members of society.  Who’re more interested in preserving the hegemonic status quo.  And willing to indulge their attention deficit requirements via weekly booster shots.  Affirming, once again that – to Hell with everyone else – they are who they think they are, and well on the prescribed road to happiness – through avarice and a 401K plan.

But they can almost remind us of those more socially hip, prim and popular young ladies, back in school, who provided the rest of us with a heads up on how to perform the latest dance moves.  With special emphasis put on how they were supposed to be done.

Also one of our earliest introductions to the underlying idea that there was a right way, and – by extension – a wrong way, to go about doing many of those things having to do with young ladies.  Of course, the nerdy disaffected were just as glad to get back to their less complicated and demanding automobile engines, and electronic projects.

But you can possibly begin to see how the disaffected youth, and the poor – the intellectually discerning, and the politically active, in our society – can begin to get on the nerves of the established religious and governmental oligarchies.  Those used to wielding greater power and tighter control over society.  Especially, should any of the formerly loyal troops deign to pull back from anything less than their complete and whole-hearted participation, in any of those social singalongs they’ve been so well rehearsed in.

Having become increasingly disaffected and dissatisfied with the entrenched cultural mores of society, some do, indeed, fall away from God’s Own Chosen Church of the Deluded Self-righteous Hypocrite and Social Club.

Those demanding blind obedience, by women to their husbands, workers to the abusive greed and avarice of corporate bosses, personal marital proclivities and birth control rights to busy-body religious neighbors and self-serving political hacks and organizations.  And youthful proponents of body art, subject to the will of their parents …  OK.  Wait – some over-reaching, and even mistakes, can inevitably happen, during these times of personal revelation, and social revolution.

The point is, many people are simply becoming more politically aware, concerning those things that matter to them.  They’re also becoming more socially and politically active.  Most get involved with personal issues.  And many volunteer for such things as ‘get out the vote’ campaigns – and increasingly manage to get to the polls on time, themselves.  Heck, some are even looking to reclaim those public holidays and private celebrations, that have been all but commercially co-opted by Corporate America.

That said, Saturday will be mine and my wife’s 31st wedding anniversary.  And I’m smart enough to know that any attempts, by yours truly, to diminish the importance of said event – through tired arguments concerning staid cultural mores with the redhead – can only lead to a life of regretful contemplation on my part.  So I must leave you to abuse the muse on your own, for now.