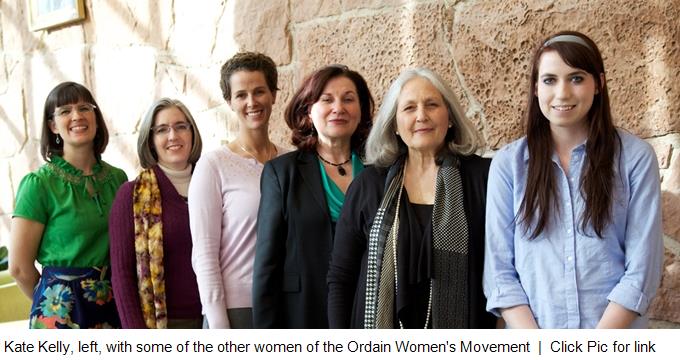 On the eve of its semiannual General Conference, slated for this weekend, The Church of Jesus Christ of Latter Day Saints has been busy with a flurry of public news releases. Formally declaring Temple Square as off-limits to any news organizations, their photographers and their camera crews. Thus Intending to stave off – if not the activities, themselves – the wider publication of a number of protest activities being organized against them, by an ad hoc coalition of otherwise truly strange bedfellows.

An LDS women’s organization, headed up by the irrepressible Kate Kelly – called Ordain Women – is again attempting an end run around the paternal organization’s leadership – from its already subsumed status within the Church’s larger Women’s organization – and are again looking to individually obtain standby tickets, or be individually turned away from, the LDS Churches traditionally men’s-only Priesthood meeting (having already been denied a written request for tickets).

And they can no doubt consider themselves the unintended beneficiaries of another bit of potentially disruptive activity, scheduled to be going on at the same time. A planned march around both blocks of Temple Square, by a number of those increasingly disaffected LDS Mormons, and their allies, who will then be submitting their letters of resignation, in a mass resignation event, being hosted by Atheists of Utah, and their president Dan Ellis. And this, in conjunction and cooperation with some members if the American Atheists organization, who happen to be in Salt Lake City for their 40th National Convention, which is scheduled to begin later in the week.

In my opinion, the fact that ‘The Church’ suddenly wishes to declare itself deeply offended, by folks wishing to impose themselves on their Conference weekend activities – in and around Temple Square – fails to obviate their prior involvement in California’s Proposition 8, Utah’s Amendment III, and their flood of amicus briefs, in opposition to Same Sex Marriage. Not to mention routinely sticking their noses into the State Legislative process, via closed-door meetings with elected officials, and the day-to-day lobbying activities of the LDS’s own Gayle Ruzicka, leader of the Utah Eagles Forum.

I’m sorry, but IMHO, ‘The Church’ is not due the sort of ‘hallowed respect,’ it feels itself entitled to. Not from any of those individuals or groups that it routinely denies equality to. And not while it does everything in its power, to crap backwards on the Civil Rights of those many others, in its high-handed and hide-bound attempts to enforce their views, on a culture and society that they are but an increasingly smaller and more irritating part of.

But this Sunday? It would appear that a rather large number of those chickens, are coming home to roost.

The following response to this article – by Jenny Hatch – offers more than a little insight, into the mindset of one who – from early on – has drank deeply from the Kool-Aid, and freely given of herself, to be dipped and rolled in the Green Jello.

The Link she posts here, goes to her rather vitriolic response towards feminists, in particular, and – it would seem – women in general. She rather ‘politely’ summarizes her views by stating “The common themes for all of my work is ‘Mother, get your butt back in the Kitchen.’”

But I think it’s even more instructive to follow the Link to her essay Thoughts on the Ordination of Women in the Church of Jesus Christ of Latter Day Saints, as providing prospective and preamble for her rather far-flung rationalizations for why these women are tendering for inclusion, in the LDS Priesthood. If you manage to pick up on the same confused, hysterical, barely rational diatribe – aimed at Kate Kelly and the other women of this organization – you will have no-doubt been introduced to the same uninformed, illogical, and pernicious thinking that cuts through the hearts and minds of, not only many a Mormon male – but the female of this species, as well. A specie that would have to be subsumed under that of ‘totally self-involved, mindlessly misdirected functionary,’ of the existing religious oligarchy.
. . . . . . . . . . . . . . . . . . . . . . . . . . . . . . . . ______________ . . . . . . . . . . . . . .